Home / About us / Our history

The Association is a community-controlled social landlord operating in the Govanhill and Merrylee neighbourhoods of Glasgow. We own and manage around 2,800 homes for social rent and we factor a further 1,500 privately owned properties.

Govanhill is dominated by tenement housing, most of it built between 1890 and 1912 and with some interwar tenements too. It has been a popular settlement area, whether temporary or permanent, for people coming to Glasgow and Scotland for well over a century and is today the most ethnically diverse neighbourhood in Scotland.

Registered in 1974, the Association’s roots lie in Glasgow’s policy of large-scale demolitions of slum housing from the late 1950s/1960s onwards, which saw the dispersal of people living in inner-city communities to a new generation of council houses on the city’s outer edges.

Some communities, including Govanhill, largely escaped the bulldozers but there was no political, strategic or financial plan in place to deal with the appalling housing conditions that remained. By 1974, legislation and funding structures finally caught up with the need to deal with sub-tolerable tenement housing. The local authority acquired powers to declare housing action areas for Improvement, and grants became available to buy and refurbish tenement housing.

This facilitated a new breed of housing associations – Govanhill among them – which acted as buyers, developers, and managers of tenement housing. Led by local residents, these housing associations were to become renewal agents in working class communities throughout Glasgow and a shining example of people power in action.

For a decade after 1974, most tenement housing in Glasgow was treated on a “patch and repair” basis. Prolonged campaigning by the city’s housing associations finally achieved a commitment to a fully comprehensive approach, improving whole blocks to higher standards and changing the mix and size of housing layouts within the tenements. This distinction is critical to understanding Govanhill’s housing stock today, in particular, the smaller flats that were typically produced during the first decade of the Association’s history.

Central and local government support for comprehensive tenement improvement programmes in Glasgow came to an end in the early 2000s. This has contributed to major structural changes in Govanhill’s housing system, along with a substantial reduction in owner occupation, rapid growth of private landlordism at the lower end of the market, a major influx of migrant workers from eastern European EU accession states, increases in population density, and deterioration of the building fabric and environmental conditions.

Despite limited development opportunities, the Association has completed just over 200 new build houses since the early 1980s. This has helped to increase diversity in house types and sizes, but the scale of the programme has not been sufficient to meet all of the housing needs present in the area.

The Association experienced further growth in 2010, when second stage transfers from Glasgow Housing Association (GHA) in Govanhill and Merrylee were finally completed, following a seven-year transfer process. The ex-GHA housing in Govanhill is located in the Association’s traditional area of operation. By contrast, Merrylee is a separate neighbourhood, to the south of Govanhill between Newlands and Cathcart.

Community governance has remained part of the Association’s organisational DNA for the last 40-plus years. It has been the foundation for sustainable regeneration, better long-term value for public money, and a wide range of achievements. 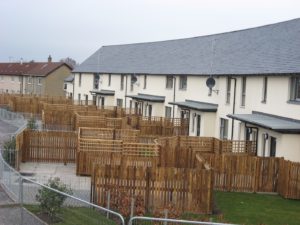 The Association has an outstanding record of achievement: