Home / About us / Our staff

We currently have around 90 full-time equivalent staff who work in:

You can find our staff structure here and details of how to contact individual staff members here. 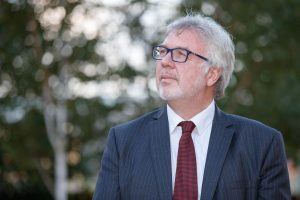 John has worked in housing and regeneration for the last 20 years in a variety of different roles. These include as Partnership Manager in the Gorbals working with Glasgow Alliance with a specific responsibility for all community and social regeneration initiatives, and as Director of one of Scotland’s first Urban Regeneration Companies in Craigmillar Edinburgh.

John joined the Association as director in April 2018. He was previously employed by Aberdeen City Council where his most recent role was as Head of Land and Property Assets, which included Housing and Regeneration as well as Operational Assets and Facilities.  In this role he was responsible for all of the council’s 22,000 houses and commercial properties.

John has a PhB in Philosophy, an STL Masters in Theology as well as an MSc in Personnel Management from Glasgow Caledonian University. John is also a member of the Institute of Directors. 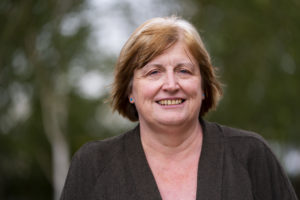 Alison has worked in the housing sector for over 30 years starting as a Receptionist in the then Glasgow District Council’s Drumchapel Housing office. She has worked for a variety of housing organisations – Livingston Development Corporation, Link Housing, Glasgow Housing Association and Thenue Housing – in a variety of roles covering housing, maintenance, tenant participation and corporate services. She joined Govanhill Housing Association in July 2015. She also spent some time working as an Independent Tenant Advisor for stock transfers and the development of ALMOs with Argyll & Bute, Copeland, Babergh, Newcastle, Gateshead and North Tyneside Councils.

Alison has an MA Hons in Modern Languages and an Mphil in Housing Studies both from the University of Glasgow.

Alan has worked in housing for over 30 years. Alan’s career has seen him work for A. D. Holmes & McDonald Chartered Architects, Ross & Cromarty District Council, Glasgow City Council, Cumbernauld and Kilsyth District Council and East Dunbartonshire Council among others. Alan has also chaired the advisory group and members forums of Happy to Translate and participated as a committee member of WESRA and Housing Diversity. He joined Govanhill Housing Association in 1999 has been a member of the Chartered Institute of Housing since 2007. Alan is also an affiliate member of the Royal Institute of Architects in Scotland. 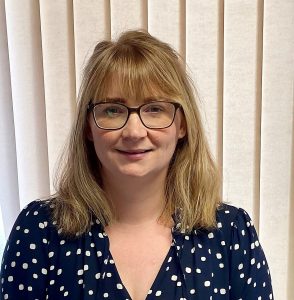 Claire joined the Association in January 2022 and  has held a number of senior positions since starting her career in housing in 2001.

Claire’s qualifications include a Diploma in Housing from the University of Glasgow and she is a corporate member of the Chartered Institute of Housing.

Claire is also on the Board of Directors at Cadder Housing Association.